Licensing For Growth, the consultancy specialised in Merchandising & Licensing for Sport and Entertainment, publishes the first-ever Benchmarks & Indicators of Merchandising Performance. The BIMP’s study is intended to give clubs, federations and other sport organisation factual and objective indicators to benchmark their current performance and set ambitious yet realistic growth targets for their merchandising […]

Licensing For Growth, the consultancy specialised in Merchandising & Licensing for Sport and Entertainment, publishes the first-ever Benchmarks & Indicators of Merchandising Performance. The BIMP’s study is intended to give clubs, federations and other sport organisation factual and objective indicators to benchmark their current performance and set ambitious yet realistic growth targets for their merchandising business. The merchandising business is complex, not very well known by many sport executives and notorious for its lack of transparency! Many clubs or federations do not publish any merchandising numbers and this is not a good sign: either because they do not know their merchandising numbers and this is really bad when you know the business potential of this revenue stream when it is properly managed, or because the numbers are shamefully low… which is equally bad!

“The merchandising business is notorious for its lack of transparent numbers”

Bruno Schwobthaler, CEO of Licensing for Growth and the initiator of the BIMP’s project explains the methodology and the value. In order to cover the various market situations, we selected 10 clubs of various sizes, with different levels of success on the pitch and representing 7 European Leagues: England, Germany, France, Italy, Spain, Holland and Portugal. The key requirement was that each club published detailed revenues figures including specific numbers for merchandising & ticketing. The vast majority of clubs do not publish those details, which indicates the level of priority they put behind merchandising! After reading the results of the BIMP’s, we hope this will change because, with the selected panel of clubs, we are in a position to provide directional guidance to enable every club to self assess its merchandising performance and set growth targets based on factual data and indicators. The findings are particularly interesting as size, success, image, number of followers are no guarantee of good merchandising results! Working on the product offer, the storytelling and looking at fans as customers to satisfy are better factors of success!

The key findings of the BIMP’s are the following: firstly and most importantly, merchandising can be a substantial revenue stream in cash – Manchester United generates 100 million € per year, 4 times more than Real Madrid! – or in percentage – Feyenoord Rotterdam makes 20% of its total revenues with merchandising -. Secondly in relation to other key revenue streams, merchandising is the one offering growth prospects, unlike ticketing which is bound to be saturated: for the first time Manchester United made more from merchandising than from ticketing and this evolution is going to happen with every club sooner or later. Another key findings relates to the ability of clubs to turn their followers into purchasers. Many clubs celebrate and boast their ability to gain millions of followers, but the ability to generate merchandising revenues from followers is quite variable across clubs. We look at 2 indicators: the conversion rate, which indicates the number of followers who have bought 1 product – we use the same average product price for each club – and the per cap spend, which indicates the average spend per facebook fan. Feyenoord has a per cap of 23 € vs only 0,2€ for Kings of Europe Real Madrid and Bayern converts 9% of its facebook followers vs only 1% for Real!

Finally we analyse the range of official merchandise on line: the average range for the 10 clubs is 637 products, with Bayern at a high 954 and Real at a low 311! The more products, the more business!

END_OF_DOCUMENT_TOKEN_TO_BE_REPLACED 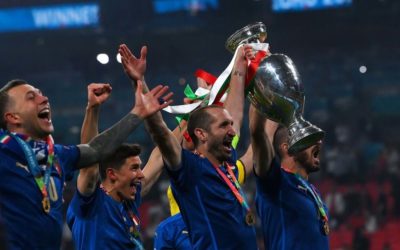 Sport winners on the pitch are not necessarily the commercial winners off the pitch. Licensing for Growth’s first-ever analysis of the merchandising ranges of Euro 2020 participating nations shows some unexpected results

END_OF_DOCUMENT_TOKEN_TO_BE_REPLACED 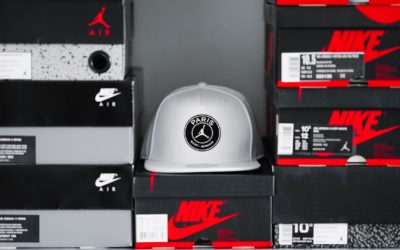 The Merchandising & Licensing strategy of PSG

LfG intervene in l’Équipe to analyse the M&L strategy of PSG. Interesting to note the similarities with the Entertainment industry.